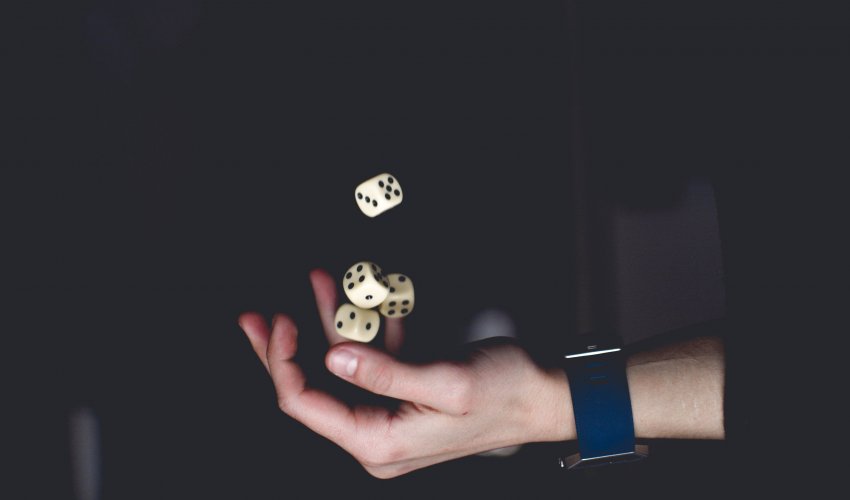 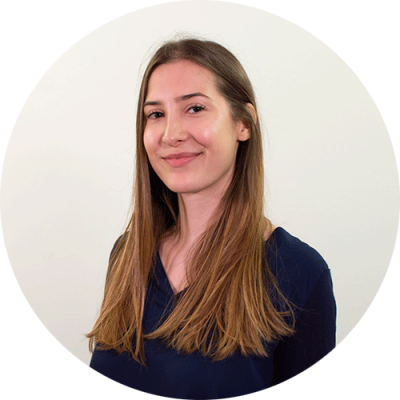 Imagine: In your organisation there are three highly qualified candidates for an internally advertised management position. All three have the identical qualifications, are the same age, have been with the company the same amount of time and meet all the important requirements. Who do you choose? The person with whom you harmonise best on a personal level? Is there another application round for everyone, following the exclusion principle? Katja Rost, professor for sociology at the University of Zurich, says: "Often success also has to do with a bit of luck" and brings the concept of "qualified lottery" to the table.

Think back to your own childhood. Especially among siblings, you might found yourself in the situation where you wanted to decide what game to play or which dessert to order together. Since you simply wouldn't agree on something, your parents would say, "Why don't you just draw lots among yourselves?

The lottery, as an impartial random element, should therefore decide for both parties. The advantage of voting by lot: chance has no favourites! In situations where different outcomes are possible and one does not want to disadvantage anyone in the decision-making process, chance seems to find an interesting field of application. It can be assumed that hardly anyone would object to children making up certain decisions among themselves or drawing lots. The fact that chance does not take previous outcomes into account, for example that the same child was always allowed to choose dessert the last three times, is neglected at this point. What is important, then, is how random elements are used. The important thing, is therefore, when elements of chance are applied. Now, what if your future supervisor was chosen by lot?

Random selection for leadership positions is not a new trend from Silicon Valley. Already in ancient Greece, in the election of the Doge in Venice or also in the allocation of professorships in the 18th century at the University of Basel, the oldest university in Switzerland, selection by lot had its place. In the cases presented, chance was used to curb nepotism and secret agreements between candidates and electoral bodies.

Anyone who now thinks that any person was allowed to be elected is wrong. At the University of Basel, for example, candidates first had to prove their suitability before they could even enter the race for the professorship. Only then could they be elected to the so-called "election by three", the choice of the last three candidates, among whom the appointment of the new professor was then decided by lot. At this point you may still be wondering what exactly professors in the 18th century have to do with filling leadership positions today.

In the interview with Katja Rost, sociology professor at the University of Zurich and expert in this field, you will find out what it is all about.

Larissa: In the paper you co-authored, “Chef per Los” (en: “Boss by lot?", the idea is presented that leaders should be elected by lot. How did this idea originate and what advantages do you see in this procedure?

Katja Rost: The idea came from a paper by Margit Osterloh and Bruno Frey; they have been proposing lottery procedures for filling positions on committees in organisations or for citizen participation for quite some time. For expert organisations, I always found the idea of pure lottery procedures too undifferentiated: here we don't want just anyone, but only people qualified for the position. At some point, Margit and Bruno mentioned in passing in one of their contributions the "election by three" in Basel; I found this exciting and much more plausible than a pure lottery draw, in which the qualification of the participants plays no role. So we came up with the idea of examining lottery procedures with preselection, which we call qualified lottery procedures, in more detail. The advantages of qualified lottery procedures are manifold, among other things because people know that a portion of luck also plays a role in the selection decision. For example, the hybris of leaders, i.e. overestimating oneself and subsequent abuse of power, is also prevented. In addition, significantly more minorities apply for positions, such as women or people from lower social classes. In lottery procedures, these people - quite rightly so - think they have a better chance. 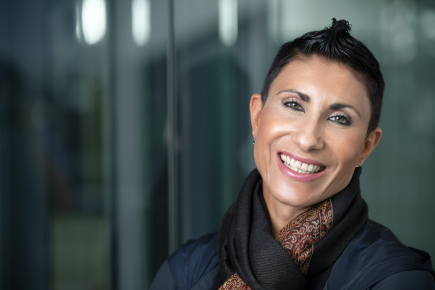 «[In the case of open positions filled by qualified lottery,] significantly more minorities apply for positions, such as women or people from lower social classes. This is because in lottery procedures these persons - rightly - reckon that they have higher chances.»

Larissa: With good reason. Given that it is assumed that managers like to recruit people who are very similar to them in terms of different personal characteristics, in line with the motto "like and like go hand in hand" - despite existing control mechanisms that are supposed to prevent the mostly unintentional similarity bias in recruitment. So do you see the potential in the lottery procedure to dissolve the "old boys networks" that still exist on the executive floors?

Katja Rost: It may still take some time before the approach is used in management. Although recently in " winner take it all markets" there has been a growing realisation that success also has a lot to do with luck. This development could favour lottery procedures. Nevertheless, it is precisely the elite that resists such procedures - as power can then no longer be inherited thus leading to the disempowerment of the elite. Also, if the procedures are well conducted, they cannot be manipulated. For this reason, lottery procedures, which were very often used in the Middle Ages, were also abolished with the Enlightenment. The aristocracy and upper middle class at that time were able to save their privileges into modern times. Instead of titles, education now counts. However, there is still no equality of opportunity. Lottery procedures could break this cycle.

Larissa: On 28.11.2021, the justice initiative was rejected by the electorate and in the case of the election of professors at the University of Basel in the 18th century, the election by lot was also abolished again. In other areas, however, such as the awarding of excellence scholarships at universities, funding from the Swiss National Science Foundation or the flat allocation of the city of Zurich, the election by chance remains established. Why is society prepared to rely on random procedures in certain areas but not in others? Do certain stigmas still play a role here?

Katja Rost: This has a lot to do with the mechanism of maintaining power that I outlined earlier: is the power of the elite at stake or are there less vital elements at stake? If little is at stake, there is indeed much in favour of the lottery procedures today. For example, they are perceived as fair when rational decision-making criteria fail. Example: the selection of good - but not excellent - research proposals, of which only half can be funded. In contrast, when it comes to assigning positions of power, such as judge or CEO, the elite have a lot at stake. Why should they voluntarily surrender this power to a draw? In this respect, it will take some time before positions of power are possibly also awarded by lot in the future.

«Excellent idea, just not for us»

Katja Rost's elaborations show that there are certainly areas of application for random voting in today's world. However, it is the case that especially in areas where a certain "elite" rules, there seems to be little interest in losing this power by giving away election decisions. The justice initiative failed miserably and organisations do not seem to be ready yet in choosing CEOs by lot after pre-selection.

In my Master's thesis, I looked specifically at the election process at the University of Basel in the 18th century. Over a period of almost a hundred years, the election of three by lot, as already described, took place. What is particularly interesting here is that in the "supreme discipline" of the time, the professorship of theology, there was no election by lot and new professors were still directly elected by the electoral body. The historical example, as well as the current examples, show that decision-making authority in some areas likes to be kept in a small circle. Or as Cersei Lannister in the series Game of Thrones summed it up so well; "Power is Power".

How does it look for you? Can you imagine leaving the appointment of management positions in your organisation to chance after a pre-selection? Or have you even had your own experience with a random selection process? 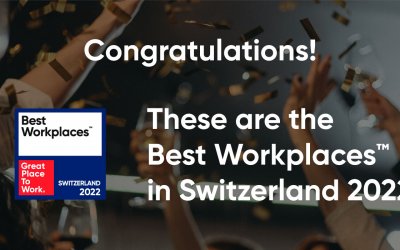 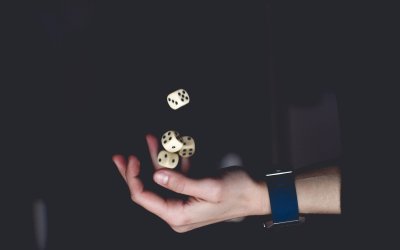 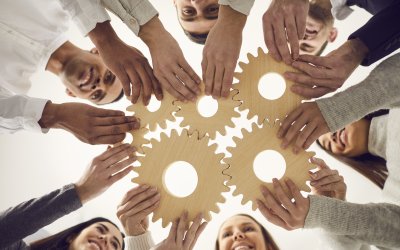 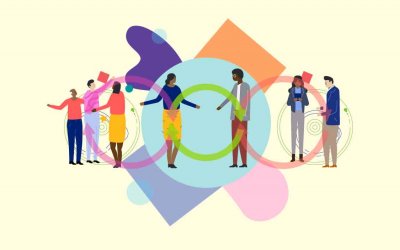 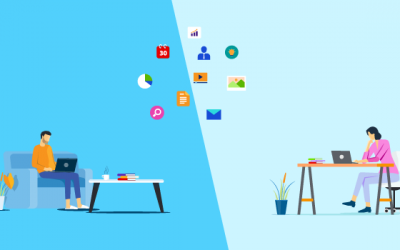